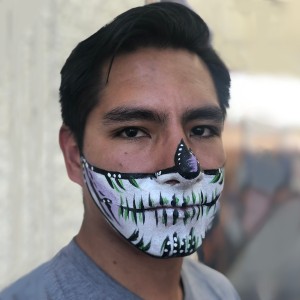 Calculus was created to solve some problems that other branches of math were not adequate to treat:

To solve these problems the following concepts are needed:

The concept of a function

A function is the relation between variables (whose value can be expressed numerically), the most effective mathematical representation of a function is through a formula like the one below:

The notation $f(x)$ can also represent functions without an extensive verbiage, e.g. $f(x) = x^2 - 9$, this notation also has the advantage of telling us which is the independent variable, if we want to calculate the value of the function the notation we can use something like $f(3)$ which is the value of $f(x)$ when $x = 3$.

A formula can also be represented as a curve (this method of interpreting formulas geometrically is known as analytic geometry), let’s represent the following function below using a curve:

The function above is simple in that to each value of $x$ there’s a corresponding value of $y$, whoever the concept of a function does not require this, for example the function:

does not have a valid value when $x = 0$, this means that the function exists for each value of $x$ other than $0$.