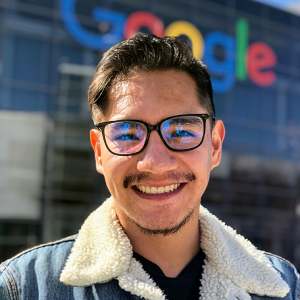 Problem: given a stream of data with keys and values, how can we get the sum of all the values for a given key?

Images taken from: Algorithms and Data Structures for Massive Datasets

Top k elements, every time we update the count min sketch we also call estimate and insert the record to a min heap, when the heap’s capacity is greater than $k$ we remove the topmost item from the heap.

Similarity of words, assume that we have a stream of pairs (word, context), the problem is to find if two words A, B are similar in meaning based on the context where they appear, the similarity of two words is computed with:

To solve the problem we can create a matrix of size O(number of words * number of contexts). The intuition behind this formula is that it measures how likely A and B are to occur close to each other (enumerator) in comparison to how often they would co-occur if they were independent (denominator).

To answer queries we can processes by using a matrix $M$ where the entry $M_{A,B}$ contains the number of times the word A appears in the context B, the problem is that the number of word context pairs gets quickly out of hand.

The solution is to transform the matrix such that the word-context pair frequencies are stored in the count-min sketch, the occurrences of words and contexts are kept in other hash maps.

Images taken from: Algorithms and Data Structures for Massive Datasets

e-approximate heavy hitters In a stream where the total number of frequencies is $n$ (for example if frequencies are all 1, then $N$ corresponds to the number of elements encountered thus far in the stream) output all the items that occur at least $n/k$ times, when $k=2$ this problem is known as the majority element.

If $n$ is known in advance we can process the array elements using a count-min sketch in a single pass, and remember an element once its estimated frequency (according to the count-min sketch) is at least $n/k$

If $n$ is not known in advance we use a min-heap, in a single pass we maintain the number of elements seen so far $m$ when processing the next element $x$ we call update(x, 1) and then estimate(x), if the estimate is $\geq m/k$ we store $x$ in the heap, Also, whenever $m$ grows to the point that some object $x$ stored in the heap has a key less than $m/k$ (checkable in O(1) time via Find-Min), we delete $x$ from the heap (via Extract-Min). After finishing the pass, we output all the objects in the heap

trending hashtags Quantify how different the currently observed activity against an estimate of the expected activity, for each hashtag store how many times it’s shared in an X-minute window over the last Y days $C(h, t)$ (normalized to get $P(h, t)$ i.e. $P(h, t) = \tfrac{C(h, t)}{\sum_{i=0}^{n}C(h, t_i)}$), at a new time $t$ we can compute $C(h, t)$ and $P'(h, t)$ then use KL divergence to measure the difference between the probabilities

The top $k$ trending hashtags can be computed with a heap

Problem: test if an element doesn’t exist in a set

Approximate solution: same as count min sketch, if the returned value is zero then we’re sure the element is not in the set, otherwise, it might be in the set, and we need to test for existence with another (more expensive) data structure

SSTable reads In the read path, Cassandra merges data on disk (in SSTables) with data in RAM (in memtables). To avoid checking every SSTable data file for the partition being requested we can query the SSTable bloom filter.

Problem: given a stream of elements, we want to sample k random ones, without replacement and by using uniform probabilities

Solution: store first $k$ elements, for the $i$-th element add it to the reservoir with a probability of $k/i$, this is done by replacing a randomly selected element in the reservoir